This weekend has been very special for me, since Saturday marked eight years since the official launch of the transmedia literary project of Mark of Odin, its online platform and the first book I wrote, edited and published. To commemorate it, I shared a letter to the fans of the saga that I leave you below.

Dear #MarkedbyOdin, just on a day like today, July 11, eight years ago, in 2012, we chose to make known to the whole world not only The Awakening, the first installment of The Mark of Odin, but our online platform the one that we opened a new innovative path within the literary and transmedia world.

Just eight years ago we revealed this crazy dream with an even crazier idea, the video #DesastreSevilla with which we seek to attract attention using the best visual effects and inspired by one of the most dramatic scenes from the first book. This was the first official step, after taking many dice since the first spark of The Mark of Odin ignited in my head back in 2005-2006. 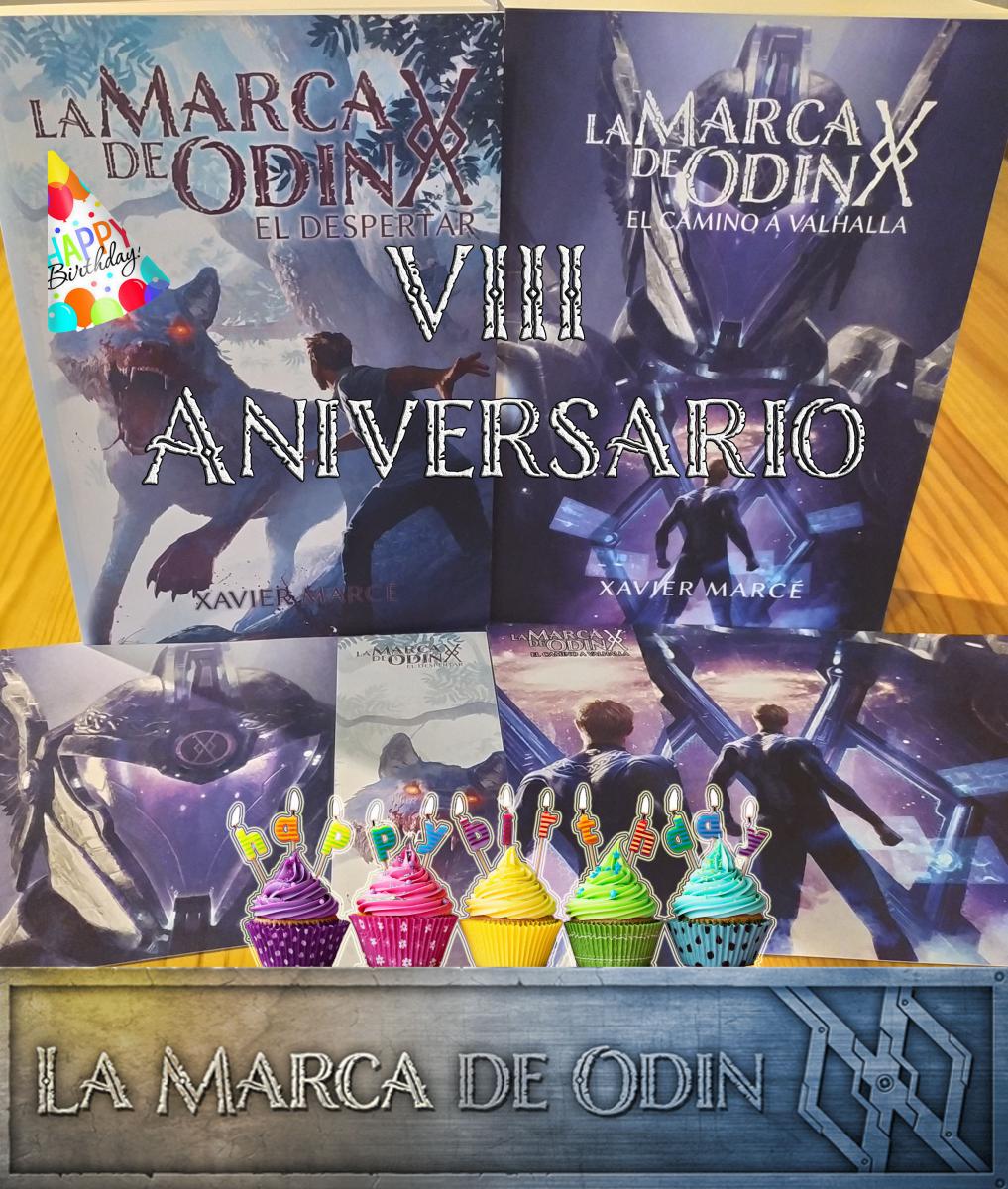 It has not been an easy road that we have traveled. He has been plagued with challenges, obstacles, attacks, but also great victories, achievements and support. It is a path that we continue to travel and that still has to offer great dangers but, above all, great rewards.

In this time I have been able to publish the first two books in the series, the first also in English. I have done it together with a huge amount of extended content that week by week, month by month, have been nurturing the readers of more stories with which to enrich the universe of Mark of Odin. In total, more than 1,500 pages of surprising history that no one has left indifferent and that will continue to grow.

Creating a project of this magnitude by myself, although with the support of incredible people, has been something that many said was impossible. To this day they continue to affirm it, but our daily work, our daily achievements, our deeds, speak loud and strong: Mark of Odin will continue to grow and greater things have yet to come.

And I say this not only because despite the crisis that we have suffered this year, we have continued to grow in number of readers and new content. But because behind the curtain I continue to prepare many novelties and surprises with which I hope we can make a qualitative leap soon. Not only that, very soon I hope to start the final production of the third book in the saga, Ragnarok, with which we will reach a new level that will not leave anyone indifferent.

I want to thank all the #MarkedbyOdín who have accompanied us throughout this entire journey. Your support and love has been the main fuel that has kept me going through thick and thin. I started this crazy idea as a story and literary model with which I, as a reader/fan, would be blown away. It is truly magical to discover that in the end it has become something that has made so many people excited.

And the best part is that despite the years since the launch of Mark of Odin, new readers arrive every day who discover us for the first time and are amazed by what I have created. We will continue fighting and fighting, with blood and fire, beyond the road to Valhalla and the battle of the end of time, Ragnarok!

Let’s go for the 9th anniversary!

Mark of Odin’s universe will expand with audiobooks